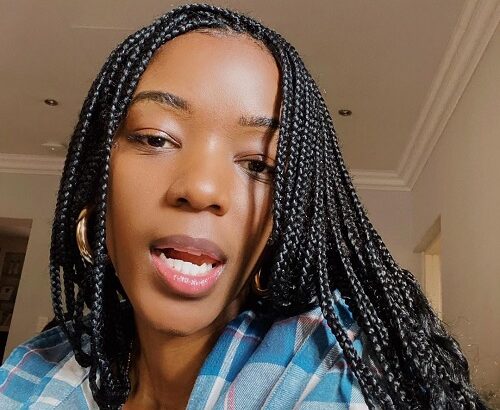 Ama Qamata (born on 2nd September 1998 in Cala, Eastern Cape) is a South African actress. She walked into the spotlight for portraying the role of Buhle in Gomora, a popular crime series.

She also landed the role of Puleng on “Blood and Water”, an original Netflix series.

Her date of birth is on the 2nd of September 1998 and the place of birth is in Cala, Eastern Cape, South Africa. Ama Qamata is 22 years old, her birthday is celebrated every year on September 2nd.

She attended the Reddam House School and is a student of ‘Theatre and Performance’ at the University of Cape Town.

She portrays the role of Puleng in Blood and Water, a series on Netflix.

The character is a 16-years-old, intelligent girl who tries to investigate the cold case of her older sister, abducted at birth.

The series is the second original series in South Africa and the continent after Queen Sono starred by Pearl Thusi.

She also made an appearance in Commandos: The Mission on Rhythm City and My Perfect family.

Amamkele landed the lead role of the character Buhle, a fifteen (15) years old. She is the daughter of Thathi and Mbongeni.

The snobbish Buhle is a popular student in her school, after she lost her father in a robbery everything changed.

Her family lost all they had and had to move to Alex from the affluent Sandton. Buhle had to struggle to adjust to her new environment.

Kutlwano Ditsele, the executive producer of the show handpicked her to play the role. This followed after they worked together on Blood and Water, a Netflix series.