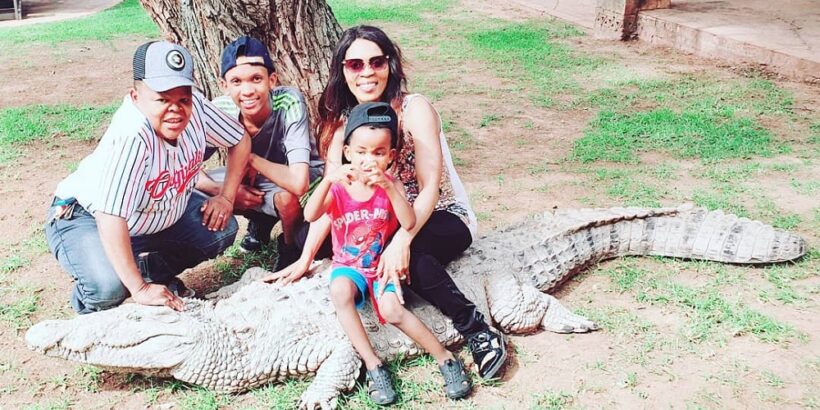 Alfred Ntombela (born 3 April 1972 in Vosloorus, Ekhurhuleni, Gauteng) is a former South African actor. He is popular for his notable performances during his twenty-eight years of acting. He became famous for being short and his ability to make people laugh out loud.

Alfred knows how to use his short stature to make viewers laugh which has earned the legendary actor the nick “Shorty”. Though the actor celebrated today underwent a tough childhood.

His date of birth is on 3 Apri 1972 and the place of birth is in Vosloorus, Ekhurhuleni, Gauteng, South Africa. Alfred Ntombela is 49 years old.

His road to becoming who he is today was not filled with roses, rather he met many challenges even as a child. His parents separated even before he was born. Alfred’s mother was young and expecting him when she left his father.

She left her husband because he was an albino with the fear of being shunned by society for being a mother of a white man’s child.

A few weeks after Alfred was born, his mother left him under the care of her aunty. Luckily for Alfred, she raised him as her own. Three years went by, a sad incident happened, he lost his father even before meeting him.

As he grew, he discovered that he has step-mothers and step-brothers, his father married to other women. To start formal education another challenge surfaced, his birth was not made official.

Educators at the school found it a problem to allow him access to formal education. They were of the idea that he was too young to be a student in a “big school”. Well, he had to show them that looks could be deceiving after he answered all the questions they asked.

As an actor, his unusually small stature became an issue but for some roles, it gave him an edge for him. He has always been afraid that he would be unable to secure an acting role because of his height before meeting Leon.

While he grew up, he lived a stone throw to the house of the late actor Ken Gampu. He expressed that he desires to act and Ken assisted with getting him a job at Heyns Films in Halfway House.

Shortly, another opportunity came by and Ken assisted to secure the role for him. He got a role on Ikhaya Labantwana, a kid’s show. The show made him gain popularity and he was a hit for five (5) years. He has appeared in several films including:

Alfred Ntombela is married to Promise Malatji. Shorty is a father too, he has a son who is a teenager and stays with his mother.

The joke is an expensive one and the suspect behind the rumor was an ex-fiancée of his. Their relationship ended early the same year the rumor surfaced.

She was hurting because the veteran actor wanted his lobola refunded. He further wanted about eighty-thousand Rand he spent on her and her child repaid. Alfred earlier thought that the child was his for six years.

He paid her R2,800 every month for upkeep. Reports further covered that the ex-fiancee stayed in his house in Thokoza, Ekurhuleni after he moved to his house in Krugersdorp, Gauteng.