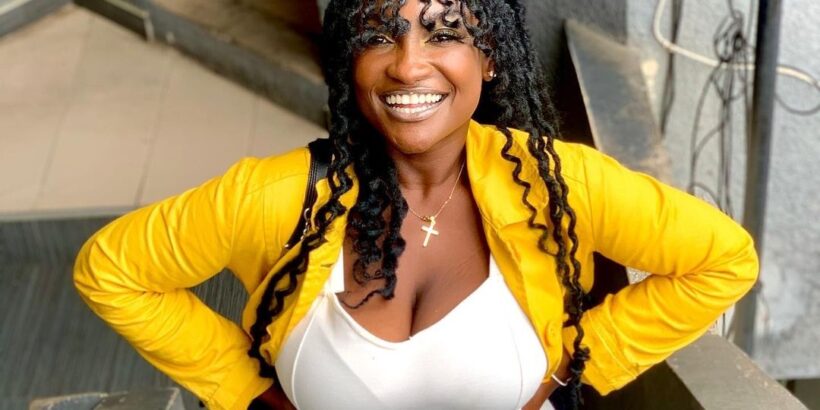 Abena Moet (born Lordina Obeng) is a widely known personality in Ghana. She is a radio show panelist, presenter, and social media commentator. She rose to prominence for her jokes and lifestyle that cracked followers and viewers up.

Her rib-cracking content gained her the love of many social media users and in return, she gained internet followers and fame. On radio, she works with Okay 101.7 FM.

Ghanaian internet users started to notice her amazing and unique talent in making people laugh on Snapchat. The majority of people were interested in what she did and followed her to received similar content.

Lordina never finds it difficult to make viewers of what she does laugh with her jokes and lifestyle. We could conclude that she was born to make people laugh.

She later joined the Okay FM family for a segment on Abeiku Santana’s DriveTime. They say laughter is the best medicine, but that’s not all she is loved for. Listeners on the show, enjoy her blunt opinion as she discusses the entertainment news on the radio.

Abena Moet is married to the love of her life Nana Yaw, who is popularly known as Jayessah. She got married to her handsome boyfriend after they have been in a romantic relationship for a while.

The couple decided to climb the ladder in their relationship after they got married in a colorful traditional wedding.

The Snapchat star made headlines lately after she exchanged her marital vows in a colorful engagement ceremony. The couple dressed in a beautiful kente, a native type of cotton fabric to the Akan tribe.

The wedding which took place on 27 March 2021 was graced by family and friends who witnessed them say “I do”. The Outspoken presenter’s happy expression was written all over her face at the ceremony. Later, the bride and her groom proceed to the white wedding ceremony.

She is also making waves on the social media world and followers never get tired of her content. She shares snaps of dressed in a way that engages followers. On IG, Abena Moe boasts of over sixty-three thousand followers.

Her engaging content makes followers beg for more, on 3 January 2021, a beautiful picture of her was captioned;

“I doubt if there’s any form of my blood in my body. The chocolate is too much”. What would be your reply on that?